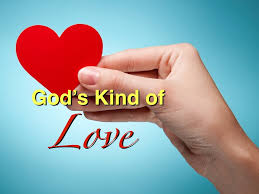 24. So David hid himself in the field; and when the new moon was come, the king sat him down to eat meat.
25. And the king sat upon his seat, as at other times, even upon a seat by the wall; and Jonathan arose, and Abner sat by Saul’s side, and David’s place was empty.
26. Nevertheless Saul spake not any thing that day; for he thought, Something hath befallen him, he is not clean; surely he is not clean.
27. And it came to pass on the morrow, which was the second day of the month, that David’s place was empty; and Saul said unto Jonathan his son, Wherefore cometh not the son of Jesse to meat, neither yesterday, nor to day?
28. And Jonathan answered Saul, David earnestly asked leave of me to go to Bethlehem;
29. And he said, Let me go, I pray thee; for our family hath a sacrifice in the city; and my brother, he hath commanded me to be there; and now, if I have found favour in thine eyes, let me get away, I pray thee, and see my brethren. Therefore he cometh not unto the king’s table.
30. Then Saul’s anger was kindled against Jonathan, and he said unto him, Thou son of the perverse rebellious woman, do not I know that thou hast chosen the son of Jesse to thine own confusion, and unto the confusion of thy mother’s nakedness?
31. For as long as the son of Jesse liveth upon the ground, thou shalt not be established, nor thy kingdom. Wherefore now send and fetch him unto me, for he shall surely die.
32. And Jonathan answered Saul his father, and said unto him, Wherefore shall he be slain? what hath he done?
33. And Saul cast a javelin at him to smite him; whereby Jonathan knew that it was determined of his father to slay David.
34. So Jonathan arose from the table in fierce anger, and did eat no meat the second day of the month; for he was grieved for David, because his father had done him shame.

“Then Saul’s anger was kindled against Jonathan, and he said unto him, Thou son of the perverse rebellious woman, do not I know that thou hast chosen the son of Jesse to thine own confusion, and unto the confusion of thy mother’s nakedness?” –

Sometimes, a believer may be wrongly accused of an action which he may have carried out with good intention. This may be as a result of the accusers’ inability to perceive the deep spiritual connotation and implication of the action. When this happens, the believer should not back-step or renege in the pursuance of his/her good cause.
From the text, King Saul wanted Jonathan his son to understand that David was a threat to his own future. Jonathan was accused of choosing David to his own peril and that was perceived as a disloyalty to his own royal family. As Jonathan refused to yield to his father’s evil plan, Saul attempted to kill him with the javelin in his hand. But divine power made him to escape death. Despite King Saul’s threat to Jonathan’s life, he still maintained his unshaken faithfulness to David.
READ: OPEN HEAVENS 5TH SEPTEMBER – NURTURE, DON’T DISCARD
David was absent at his duty in the palace for self-preservation. Jonathan understood this, and therefore tried hard to defend him before his father. Jonathan did not see David as an ordinary friend. He took him as a member of his own family. To take God’s people as one’s people is a good thing as it will yield a positive dividend to us at the end of the day, though the ungodly may count this against us today.

Just as Jonathan had a selfless sacrificial love for David, all believers are expected to love their fellow believers sacrificially and selflessly. A believer should not support anyone, however close, to commit murder. Whatever a believer loses today for the Kingdom’s sake will be reaped a hundredfold in eternity.
THOUGHT FOR THE DAY:
Eternal gain is better than the temporal.
THE BIBLE IN ONE YEAR:
Psalm 89-91
THANKS FOR READING DAILY MANNA FOR TODAY
DAILY MANNA DEVOTIONAL was shared via www.thedevotionals.com.ng