Christmas – Facts, History and All Your Questions Answered

CHRISTMAS – UNDERSTANDING THE HISTORY AND ORIGIN OF CHRISTMAS.

Christmas is a yearly celebration honoring the birth of Jesus Christ, celebrated by billions of people all over the world on the 25th day of December as a religious and cultural holiday. Christians mark this day to celebrate the birth of the Savior of the world who is a model and foundation of the Christian faith. Christmas day is celebrated in love as friends and families gather to feast, sharing presents in beautiful decorations with the colors, Green, Red, White, and Gold to climax the day.

The Meaning of Christmas is ”Mass on Christ’s day”.

UNDERSTANDING THE ORIGIN OF CHRISTMAS

The Origin of Christmas can be traced back to the Roman empire when the feast of Saturnalia, a week-long time of lawlessness observed from December 17–25, was first observed by pagans in Rome. Roman courts were closed during this time and was against the law to harm people or damage property during the week-long festival, according to Roman law.

The event got started when the “Lord of Misrule” was chosen by the Roman government to be “an adversary of the Roman people.” Each Roman neighborhood chose a victim, who was made to enjoy food and other sensual delights all week. When the festival ended on December 25, the Roman authorities thought they were squelching the forces of darkness. However, Easter was the primary celebration in the early years of Christianity; Jesus’ birth was not observed. Church leaders made the decision to make the birth of Jesus a holiday in the fourth century. Sadly, the Bible makes no mention of his birth date.

The greatest Pope Julius I of the Roman Catholic Church, picked the 25th of December, even though some evidence indicates that he may have been born in the spring because why would shepherds be herding in the dead of winter? The church is thought to have selected this day in an effort to assimilate and incorporate the customs of the paganism Saturnalia festival.

With all this evidence, Would you say Christmas is a Pagan Celebration? You can’t make conclusions yet, please, read on to find out. 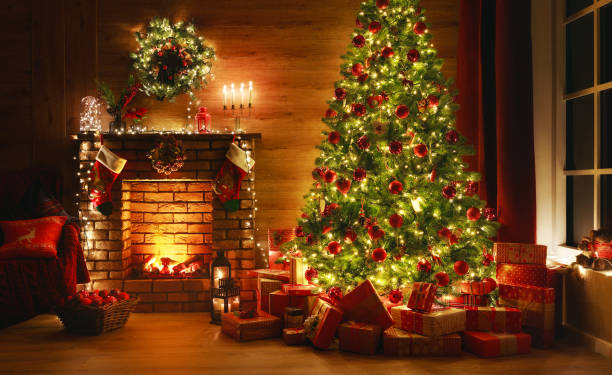 What is Christmas Real name?

By the word “Christmas real name”, we are referring to the etymology of the word  ”Christmas”.

The English word “Christmas” was recorded as Crīstesmæsse in 1038 and Cristes-messe in 1131 and later became Christ-Mass, which means Mass on Christ’s day. The origin of Christmas can be traced back to the Roman Empire, Christians all over the world especially Catholics go to church early in the morning to observe Mass on Christ’s birthday.

However, some people refer to the day as Noël, Nativity, or Xmas.

Why Christmas Is Celebrated?

The main essence of the Christmas celebration is to remember the birth of Jesus Christ. Scriptural reference from the Bible says;

Isaiah 9:6 KJV
For unto us a child is born, unto us a son is given: and the government shall be upon his shoulder: and his name shall be called Wonderful, Counsellor, The mighty God, The everlasting Father, The Prince of Peace.

To know more about the reason for the Christmas celebration, keep reading as i have already highlighted 10 reasons below.

Christmas used to be a Christian holiday honoring the birth of Jesus, but in the early 20th century it also evolved into a secular family event that was celebrated by both Christians and non-Christians.


Christmas is celebrated on the 25th of December 2022.

What was Jesus Last Name?

According to scriptures, Jesus was not given a last name, or He Does not have a last name, he was referred to by name names in the scripture;

Matthew 1:21
“She will bear a son, and you shall call his name Jesus, for he will save his people from their sins.”

Matthew 1:23
“Behold, the virgin shall conceive and bear a son, and they shall call his name Immanuel” (which means, God with us).

Was Jesus Born In June Or July?

The birth of Jesus was not stated in the scripture or any historical book. Although several people have their opinions as to when Jesus was born which is not backed up by the Bible.

Is Christmas Purely A Pagan Festival?

No, Christmas is not a Pagan festival, Though December 25 which is the day Christians celebrate the birth of Jesus Christ, is associated with several pagan traditions traced back to the Roman Empire.

In ancient Rome, December 25 is celebrated as the Day of the Unconquered Sun. It came after Saturnalia, a holiday during which people feasted and gave and received presents. To possibly diminish paganism, the church in Rome started celebrating Christmas on December 25 in the fourth century, under the rule of Constantine, the first Christian emperor.

How Was Christmas Celebrated In The Past

Christmas became more and more well-known, and new customs emerged. Christmas was a 12-day celebration in medieval England that included a variety of revelry, including plays, extravagant feasts, and pageants honoring the birth of Jesus. The custom of playing music, giving gifts, and decorating spread.

The joyous Christian season is known as Twelvetide, or “the Twelve Days of Christmas,” honors the birth of Jesus and the Twelve Days are observed from December 25 through January 5 inclusively.

For Christians, a carol service is frequently held during church services. Midnight Mass, a Christmas Day service sometimes occurs at midnight. Christmas is frequently observed by Christians by exchanging gifts and cards, they are reminded of Jesus’ initial gift, which began his earthly life.

Christians also use this period to reunite with friends and families through dinner, hangouts or parties.

10 Reasons Why We Celebrate Christmas

There are many reasons why Christmas is celebrated, The Birth of Christ is significant to humanity and as such the best thing that has happened to mankind.

Below are a few reasons why Christmas is celebrated;

No matter what customs you believe about Christmas, say this prayer for yourself and your loved ones, either during Dinner or Hangouts.

Things You Should Not Do On Christmas Day

As Christmas is fast Approaching the atmosphere is heated as everyone is trying to make the best of it, this can either positively or negatively affect our Life.

Below are a few things you should never try to do during Christmas to Avoid stories that touch. 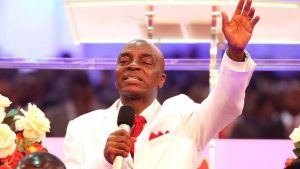 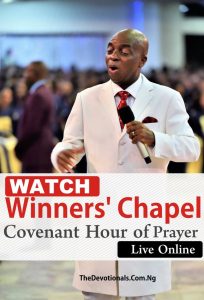 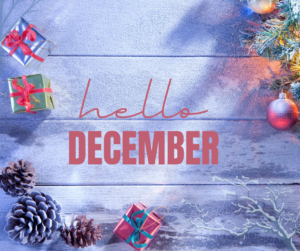