Mountain Top Life daily  devotional by Pastor D.K Olukoya of the Mountain of Fire Ministry for today is here. Digest the word of the lord and pray believing 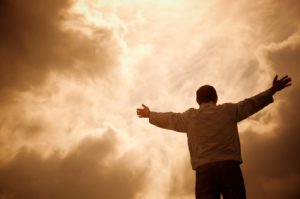 He suffered no man to do them wrong: yea, he reproved kings for their sakes.

Joseph was busy building the capacity of a nation builder while he was going through his wilderness experience. The time of Jacob’s trouble otherwise known as the night is a period of training God permits for His children. Joseph’s experience of being thrown into a well and being sold into slavery by his brothers, his stint as a servant in Potiphar’s household, the temptation of the adulterous Mrs Potiphar, the time he spent in jail in Egypt were all parts of the preparation heaven put in place for his next level and greatness.
There is no cross without crown. Nowadays, young folks do not want to experience hard times before they begin to enjoy comfort in life. Joseph made sure that he kept his relationship with God intact. He also ensured that his life was not defiled or contaminated by food, sex or anything unholy whatsoever. His turning down Mrs Potiphar’s advances was his turning point. He chose to go to the prison than do such a wicked thing as adultery and sin against God. Here was someone who had been shown hatred and animosity by his brothers and sold out as slave.
READ: OPEN HEAVENS 5TH SEPTEMBER – NURTURE, DON’T DISCARD
He did not say, “Where was God when I was been so cruelly treated. I will not serve Him again.” He continued to live his life, not blaming God, his brothers or even the man whose dream he interpreted in the prison. He believed that at the right time, God would save him and bless him. By keeping himself pure and rejecting the evil offer of Mrs Potiphar, Joseph saved his future, destiny and glory from being truncated by the enemy and his cohorts. In Psalm 105, the Bible says that Joseph taught Egyptian senators wisdom.

It means he was a reliable adviser and mentor to the ruling class in Egypt. The Bible also says that Joseph bound their princes at his pleasure. Beloved, the bottom line is this: God was with Joseph. It does not matter whether you are in your hometown or a foreign land, it is when God is with you that you can succeed and prosper. God was with Joseph in his father’s house and he singled him out and gave him a dream.
God was with him in Potiphar’s house, everything about his master became prosperous. God was with him in the prison, he used his gift to interpret dreams and they came to pass. God was with him and he proffered solution to a national economic problem and became a notable Prime Minister. When God is with you, there is no limit to the height you can attain and the achievements you can record. My prayer is that God will be with you now and always, in Jesus’ name.

When your will is God’s will, you will have your will.

That which the enemy thought is impossible for you shall become possible today.