FROM HIS HEART DEVOTIONAL BY JEFF SCHREVE 22ND SEPTEMBER 2022.

From His Heart devotional proclaims real truth, real love and real hope from the loving heart of God to the lost and hurting to lead them into a personal relationship with Jesus Christ. Read and share with someone today.

Decisions. We all make them every day. From what to have for lunch to possibly moving to a new city and taking a new job, we are confronted with decision making on a regular basis. So, how well do you do when making decisions? Do you know how to make them God’s way?

Decision making always reminds me of Lot, Abraham’s nephew. Lot is a great example of a horrible decision-maker. He was a guy who thought he could have his cake and eat it, too. When the time came for him to separate from Uncle Abraham, Lot was given first choice regarding where to live. He made the decision to pitch “his tents as far as Sodom.”

At first blush, it didn’t seem like that big or bad of a decision. I mean, he wasn’t actually moving into the wicked city of Sodom, he was simply moving toward Sodom. Financially, it made good sense. His flocks and herds would get full and fat on all the lush green grass in the area around Sodom.

But the spiritual side of Lot’s decision was another story. And that all-important side proved monumentally devastating. Moving toward Sodom was a decision that wrecked and ruined his life, his wife, and his family. Sodom and Gomorrah were such wicked cities that the fire of God eventually fell and consumed them in everlasting judgment (see Gen. 19 for further information).


Let’s consider Lot’s decision for a moment and see how that speaks to you and me today. There are three important questions that we all need to ask ourselves before we make a decision on anything of significance.

1. Where will this decision lead? What is the potential result of this decision? An unequally yoked marriage? An unwanted pregnancy? A sexually transmitted disease? A drug/alcohol addiction? For Lot, moving toward Sodom was a major step in the wrong direction. Getting close to Sodom was akin to a recovering alcoholic keeping a fifth of Jack Daniels in his pantry. That is not a good move for those wanting to stay sober. As the old adage says, “Those who don’t want to fall down shouldn’t walk in slippery places.”

2. Will this decision help me grow and glorify God? Lot’s new friends were Sodomites, people whom the Bible describes as “exceedingly wicked and sinners against the LORD.” As you look at the friends you have chosen for yourself, are these people picking you up, or are they pulling you down? As a pastor, I have seen many good and godly people derail and crash spiritually. Oftentimes the underlying reason is “bad company.” They chose friends who had a negative influence on them. The Bible says, “He who walks with wise men will be wise, but the companion of fools will suffer harm” (Prov. 13:20). “Do not be deceived: Bad company corrupts good morals” (1 Cor. 15:33). Listen, if you are serious about your relationship with God, your inner circle of friends must be those who walk in the light with the Lord.

3. What does this decision say about my heart and character? What did Lot’s choice to move toward Sodom say about him? Although he was a believer, his heart was not right toward God. He was focused on sin and self, gold and greed. He wasn’t seeking first the Kingdom of God, and it became obvious as his life unfolded. Let me encourage you to pray with me, “Change my heart, O God. I am so prone to wander. Help me, Lord, to love You and desire Your will and ways above all.”

May God remind us of these questions as we make decisions in life, because decisions determine destiny. If you don’t believe me, just ask Lot.

From His Heart Devotional Is Written by Dr. Jeff Schreve for The from His Heart Ministries. From His Heart provides real truth, love and hope on over 700 radio stations each day, in 182 countries each week on TV, and is always available online….Read more…

Thank you for reading. This Devotional was shared via www.TheDevotionals.Com.Ng 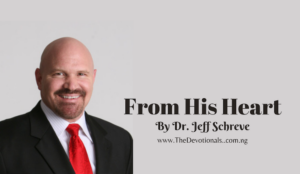 FROM HIS HEART DEVOTIONAL BY JEFF SCHREVE 24TH SEPTEMBER 2022 – HOW DO YOU RESPOND TO CORRECTION?

FROM HIS HEART DEVOTIONAL BY JEFF SCHREVE 21ST SEPTEMBER 2022 – ARE YOU ACCEPTING HIS AMAZING GRACE? 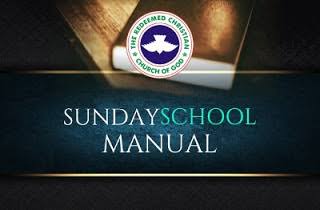