DAILY MANNA DEVOTIONAL FOR FRIDAY 6TH SEPTEMBER 2019 – WORK FOR EVERYONE 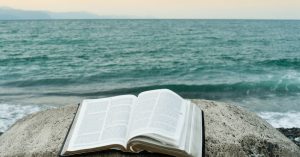 1. Now there were in the church that was at Antioch certain prophets and teachers; as Barnabas, and Simeon that was called Niger, and Lucius of Cyrene, and Manaen, which had been brought up with Herod the tetrarch, and Saul.
2. As they ministered to the Lord, and fasted, the Holy Ghost said, Separate me Barnabas and Saul for the work whereunto I have called them.
3. And when they had fasted and prayed, and laid their hands on them, they sent them away.
4. So they, being sent forth by the Holy Ghost, departed unto Seleucia; and from thence they sailed to Cyprus.
5. And when they were at Salamis, they preached the word of God in the synagogues of the Jews; and they had also John to their minister.
6. And when they had gone through the isle unto Paphos, they found a certain sorcerer, a false prophet, a Jew, whose name was Barjesus;
7. Which was with the deputy of the country, Sergius Paulus, a prudent man; who called for Barnabas and Saul, and desired to hear the word of God.

“As they ministered to the Lord, and fasted, the Holy Ghost said, Separate me Barnabas and Saul for the work whereunto I have called them”.

Late Thomas Carlyle, a Scottish historian and writer once remarked, “A man willing to work and unable to find work, is perhaps the saddest sight under the sun”. It is not the will of God that man should be idle doing nothing. God has work for each one of His creatures to do. The various things which He has made on the earth lend credence to the fact that even the minutest creature He has made has its own place, its own work and its fitness to do it. The birds, though without hands, make intricate nests for their abode, the spider spins its webs to trap its prey for daily bread; the ant is ever so busy working in its season to shame the idle man. We are made to offer service unto God and for humanity.
In our text, God, by the Holy Spirit declares He had work for Paul and Barnabas for which purpose they were called to dedicate themselves, their time and talents. In secular life as well as in ministry, we do not all have to look same direction. There is a work appointed for every man.
READ: OPEN HEAVENS 6TH SEPTEMBER – PRACTICAL ATHEIST
God could not have raised a man and endowed him merely for his own sake; for He has said: “This people have I formed for myself; they shall show forth my praise (Isaiah 43:21). God has called us for Himself that we may share in the glory that is in His son Jesus Christ. He has left for us the great privilege of accomplishing the Great Commission by telling the world the wonderful story of the love of Jesus.

Let us ponder on this eternal purpose in God’s mind to have put us in the place where we are and do it. When opportunity offers itself of serving God and our generation by proclaiming the gospel message, we must take care not to let it slip.
THOUGHT FOR THE DAY:
Honour in time and eternity awaits he who serves God diligently.
THE BIBLE IN ONE YEAR:
Psalm 92-100
THANKS FOR READING DAILY MANNA FOR TODAY
DAILY MANNA DEVOTIONAL was shared via www.thedevotionals.com.ng

OUR DAILY MANNA FOR FRIDAY 6TH SEPTEMBER 2019 – DON’T JUDGE OTHERS! TAKE OFF YOUR BEAM!