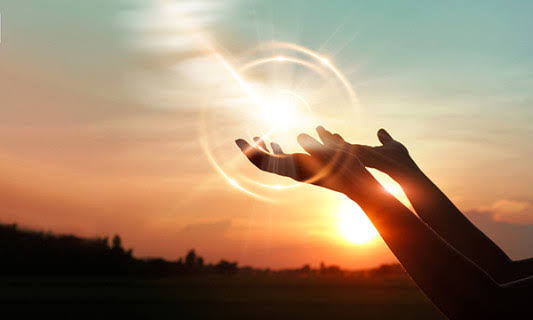 9. Then He began to tell the people this parable: “A certain man planted a vineyard, leased it to vinedressers, and went into a far country for a long time.
10. “Now at vintage-time he sent a servant to the vinedressers, that they might give him some of the fruit of the vineyard. But the vinedressers beat him and sent [him] away empty-handed.
11. “Again he sent another servant; and they beat him also, treated [him] shamefully, and sent [him] away empty-handed.
12. “And again he sent a third; and they wounded him also and cast [him] out.
13. “Then the owner of the vineyard said, ‘What shall I do? I will send my beloved son. Probably they will respect [him] when they see him.’
14. “But when the vinedressers saw him, they reasoned among themselves, saying, ‘This is the heir. Come, let us kill him, that the inheritance may be ours.’
15. “So they cast him out of the vineyard and killed [him.] Therefore what will the owner of the vineyard do to them?
16. “He will come and destroy those vinedressers and give the vineyard to others.” And when they heard [it] they said, “Certainly not!”
17. Then He looked at them and said, “What then is this that is written: ‘The stone which the builders rejected Has become the chief cornerstone’?
18. “Whoever falls on that stone will be broken; but on whomever it falls, it will grind him to powder.”
19. And the chief priests and the scribes that very hour sought to lay hands on Him, but they feared the people — for they knew He had spoken this parable against them.

Jesus here gives a parable of His relationship with Israel. He – God, planted a vineyard (synonymous with Israel or the world). This means that God who created man did so for a specific purpose. God is looking for fruit in all creation or His business ventures (John 15:16). Every tree that does not bear good fruit is cut down (Matthew 3:9).

It was very unfortunate that the tenants who the ‘big man’ hired to look after his vineyard were wicked and dangerous: Instead of producing fruits for the landlord, they planned and killed his son, so that they could take over the vineyard. This was what the Jews and the world did to Jesus, the Son of God.

Many in the Church today are like these wicked tenants. The Lord rented to us: Health, wisdom, education, finances, jobs, children, etc., and sent us His servants such as Priests, Pastors, Prophets, Teachers, Evangelists, etc., to ask for fruits of greater devotion to God and godly character (Galatians 5:22-23); support for God’s work through tithes, offerings, etc). However, we resist Him in and hoard His blessings for selfish reasons.

But we must remember that the owner finally dispossessed and killed the wicked tenants (verse 16)and likewise, God will require an account from each person and reward us according to our deeds at the end (1 Peter 4:5).

PRAYER: Dear Lord, make me a profitable and not a wicked tenant.